On 30th of November 2012, the ceremony of handing out the awards for diplomatic and international relations activity, hosted by the Balkans and Europe Magazine has taken place. 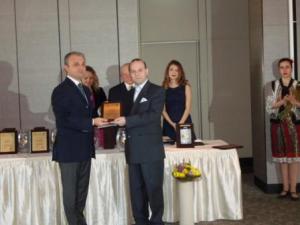 The prizes are destined to render homage to the most important personalities of Romanian diplomatic life, personalities that had a long standing and positive influence in forging Romanian foreign policy and in supporting a better international image for our country.

Professor dr. Anton Caragea, Director of Institute of International Relations and Economic Cooperation was hailed as the best romanian diplomat of this year, receiving the PRIZE ON VOCATION FOR  INTERNATIONAL COOPERATION .

In the last period, the PRIZE ON VOCATION FOR INTERNATIONAL COOPERATION was bestowed upon such lofty personalities as: Macedonian President-Boris Trajkovski, Azerbaijan President: Ilham Aliyev and Greece Prime Minister, Constantinos Simitis etc.

In the official handing out ceremony, offering the response to the presentation made by Mr. Carol Roman, Director of Balkans and Europe Magazine, Professor Dr. Anton Caragea had taken the rostrum presenting the main highlights of his vision of Romanian foreign policy.

Professor dr. Anton Caragea had underlined the necessity that Romanian voice must be regarded as the voice of Europe, and when Bucharest is stating a foreign policy decision this must be also regarded as an European voice. Romania is a fundamental element of European construction, concluded professor Anton Caragea. 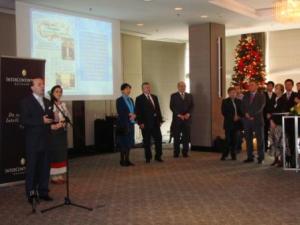 Professor dr. Anton Caragea on the rostrum for the acceptance speech

Another basic principle of foreign policy must be the necessity for Romania to forge new partnership`s, a tradition that has proven useful for Romania in the past and must be revived.

The revival of this long standing tradition had transformed the foreign policy landscape of Romania as seen by the favorable examples of Romania`s relations with Kazakhstan and United Arab Emirates.

By strategic partnership with Kazakhstan, Romania was able to host in February 2010 the Preparatory Conference on OSCE reform  and the theories presented in the Bucharest Conference had being transformed in key elements of the OSCE agenda of reform, debated in the High Level Astana Conference in December 2010.

In 2011, Romania hosted the most important international conference, after the one held in Washington, to mark the independence of Kazakhstan.

In 2012, Romania was the first European country to announce his support for Astana-Kazakhstan capital, as the host for EXPO 2017 international exhibition. Also in 2012, the two decades of successful diplomatic relations between Romania and Kazakhstan where celebrated with pomp and ceremony.

I must also emphasize on the hosting by Romania of the Conference on Security and Cooperation in Europe and Asia, in November 2012, occasion for the Romanian elite to express his staunch support for the Kazakhstan President-Nursultan Nazarbayev, plan to forge an area of security and cooperation between Europe and Asia.

This are just a few moments of a bilateral relation that must be regarded as an example for the future of Romanian foreign policy, concluded his allocution professor A. Caragea.

Professor dr. Anton Caragea had also mentioned the results of his visits to United Arab Emirates, Tajikistan and Turkmenistan as elements of building new cooperation bridges. 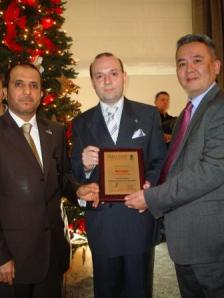 Kazakhstan and United Arab Emirates are among the countries that have a rapid growing bilateral relation with Romania during professor Anton Caragea term in office.

Accompanied by thunderous applause of the assistance, professor dr.Anton Caragea had received the PRIZE ON VOCATION FOR INTERNATIONAL COOPERATION    as a statement of appreciation for his lofty diplomatic activity.

On this occasion where also honored, for their role on bilateral relations development, the Ambassador of Peoples Republic of China Mrs. Huo Yuzhen , Ambassador of Bulgaria Mr. Aleksandar Filipov and Ambassador of United States to Romania etc. 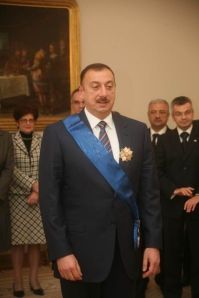